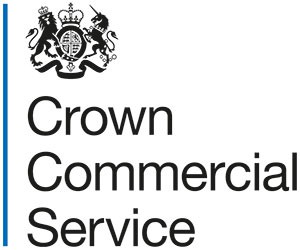 Since September 2014, NUBSLI has been in negotiation with the Crown Commercial Service (CCS) in an attempt to improve the initial drafts of a national framework agreement for Language Services (interpreting and translation). We highlighted many concerns, most notably a lack of standards and safeguards for users of BSL/English interpreting services and the waste of public funds that would occur were this framework to go ahead.

We acknowledge that some improvements have been made. However, we maintain that a large national framework, whereby public authorities can purchase contracts, is not appropriate for our profession. It has the potential to cause many interpreters to leave their careers, as evidenced by our profession exit interview report and our 2015 survey of working conditions (pdf)

In February 2015, NUBSLI launched the #ScrapTheFramework campaign, due to ongoing concerns about this large-scale privatisation of our profession and the damage it would cause to interpreters and the Deaf community we serve.

The framework commenced on 22nd April for up to four years and the suppliers were announced this week on the Government’s website. BSL/English interpreting and other services for Deaf people comes under Lot 4, and is split into regions a-e, which cover Greater London including Overseas, Southern England, Midlands and East of England, North of England and, lastly, Scotland and Northern Ireland.

Most suppliers will cover all regions. They include:

From our privileged position as the service providers in this field, and with collective experience and expertise, our remaining concerns are:

NUBSLI wish to make it clear that BSL/English interpreters are not prepared to jeopardise the sustainability of their profession by accepting the diminished fees, and terms and conditions set out in the framework. These are not fitting for a workforce of extensively trained and qualified freelancers, and clearly go against market rates falling short of the industry standard. This was made clear to the CCS who have regrettably overlooked the counsel of the profession.

We have already seen the boycott of one NHS contract by interpreters in the South West. Interpreters are increasingly prepared to take a similar position with other contracts which do not meet our basic rates of pay and terms.

We will be continuing to campaign against the framework and will work with individual commissioners wherever possible.

If you are a BSL/English interpreter and are not yet a member of NUBSLI, we urge you to join. We are stronger together.

This website uses cookies to improve your experience while you navigate through the website. Out of these, the cookies that are categorized as necessary are stored on your browser as they are essential for the working of basic functionalities of the website. We also use third-party cookies that help us analyze and understand how you use this website. These cookies will be stored in your browser only with your consent. You also have the option to opt-out of these cookies. But opting out of some of these cookies may affect your browsing experience.
Necessary Always Enabled
Necessary cookies are absolutely essential for the website to function properly. This category only includes cookies that ensures basic functionalities and security features of the website. These cookies do not store any personal information.
Non-necessary
Any cookies that may not be particularly necessary for the website to function and is used specifically to collect user personal data via analytics, ads, other embedded contents are termed as non-necessary cookies. It is mandatory to procure user consent prior to running these cookies on your website.
SAVE & ACCEPT